The Ngorongoro Crater, at 2,286m above the sea level is the largest unbroken caldera in the world. Surrounded by very steep walls rising 610 metres from the crater floor, this natural amphitheatre covers an area of about 260 sq km tha’s 100 sq miles and is home to up to 30000 animals, almost half of them Zebra and wildebeest.

There are also gazelle, buffalo, eland, hartebeest and wart hog. Such vast numbers attract predators a plenty, mainly lion and hyena but also cheetah and leopard. More than 100 species of birds not found in the Serengeti have been spotted here. Countless flamingos form a pink blanket over the soda lakes.

The Crater has been declared a World Heritage Site. The Ngorongoro Crater lies within the Ngorongoro Conservation Area, which covers more than 8,000 sq km. It is bounded by lake Eyasi in the southwest and the Gol Mountains in the north. Roughly in the centre is the Olbalal Swamp and the arid Olduvai Gorge. 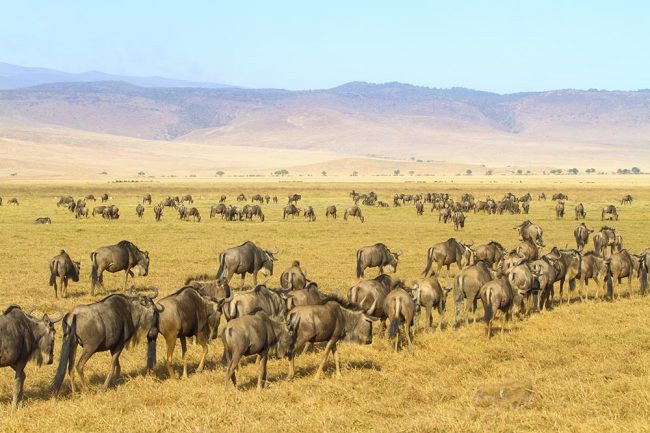 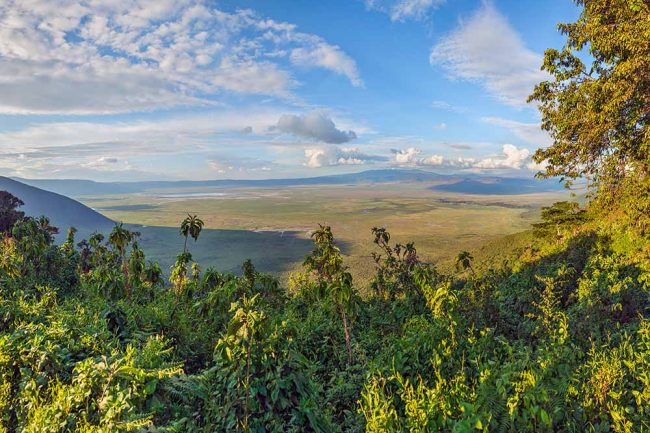 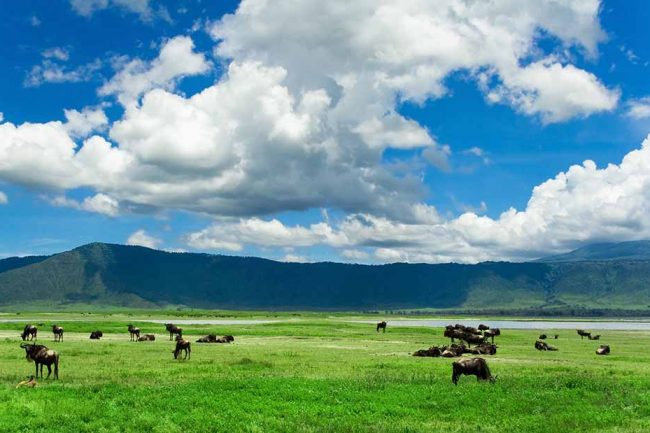 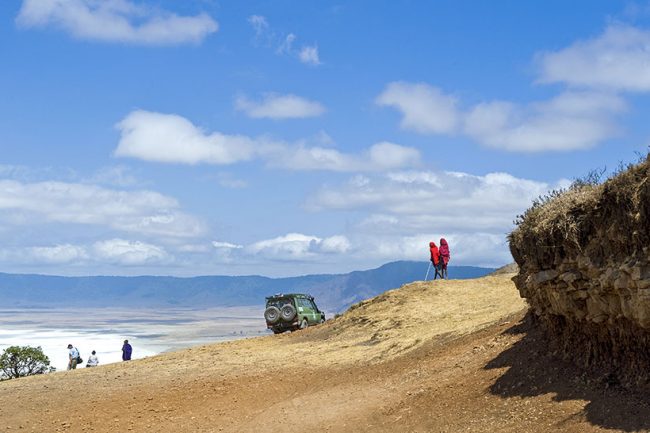